It has been a week from help.

There has been death, fighting, sorrow, grief, stress, frustration, and questioning…

That was covered by Tuesday.

In all reality I think back to a recent creation I found along the interstate. Someone has taken construction dirt, formed a hill, and dropped a wooden boat on it. In the middle of the prairie. Very humorous, and also describing personally.

The devil has been putting in overtime. There are serious events taking place at MoVal, things I haven’t witnessed since I was a freshman in high school. The founder of a ministry organization in the area of MoVal died today. Darco and I are maxed out of stress, and have been working tirelessly to not argue with each other. We’ve broken glasses and dishes by accident, killed the blender (again), and ruined a few meals. She’s injured from last Saturday’s fall and is heading to the orthopedic doctor on Monday.

The two of us are shipwrecked.

I’m blessed to have her next to me. You really can’t grasp the magnitude of this past week. Currently we’ve averaged five hours of sleep this week, not good for either one of us.

Thankfully, God is good. I’m exhausted because I’ve been working. I now have two schools that request me immediately, including five different teachers. In the month of September there were three days this month I wasn’t in school. These were due to Kansas City Shock work days. Talk about God providing. We have a fridge full of food, a great problem to have, and we are eating healthy and well.

It’s been several years since I’ve witnessed so many Christians attacked in such a short period of time. Darco is struggling at work due to the ongoing promotion attempts, while also attempting to grasp what is taking place within our church body. It’s the first time since she’s become a Christian that she’s witnessed the devastating torment of the devil.

Thank goodness God has already taken care of tomorrow. Tonight, we rest peacefully. We’re both getting a good nights rest and we have a date tomorrow night.

This is where life is hard. Dealing with stupid world driven issues is one thing, but when spiritual attacks take place you can’t protect anyone, you have to rely on God to protect you.

And stand firm in believing you’re not stranded alone on an island. 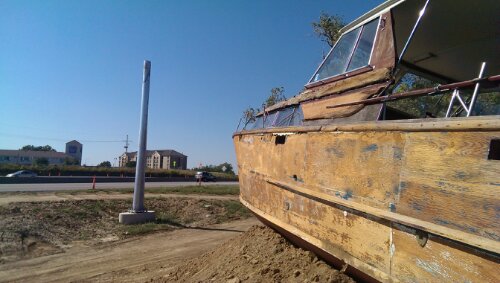