…may we see your credentials…

It turns out being a red head at 6’5 means that it is nearly impossible to sneak into anything without proper clearance, paperwork, or blood type. This is what I learned earlier this evening.

At 3:00 AM CST yesterday morning Darco and I embarked on a journey from Missouri to Philadelphia, Pennsylvania; via our new Mazda3. It took nearly 22 hours, we dodged a toll road that would have costed us $40, and even ran into a random soccer coach in West Virginia, also traveling from Missouri. Needless to say, it was a strange trip.

The reason for this trip is technically business related; it has to do with our soccer league’s annual general meeting that we’re required to attend. That meeting is taking place on Saturday in Philadelphia. Darco and myself got a head start on the meeting by leaving yesterday morning. The days in between have been filled with what’s referred to as the “NSCAA Convention”. Tragically, humorously, and seriously it is the largest gathering of soccer coaches within the United States. Name the topic…it’s covered over a period of time.

Here’s the problem that I run into; I’m not a coach, I’m not a director of coaches [DOC], I don’t work with youth programs, and I’m honestly not striving to be a coach. I run the Kansas City Shock, and that is a soccer team.

That’s my connection to this convention. However, wouldn’t it be cool to see all the soccer people at work, to be able to see the inner thought process of this somewhat underground operation? That’s what I thought initially. Unfortunately, as time went on I began to realize that this organization just isn’t for me. I’m not a soccer person; I like business, new ideas, and soccer tends to dwell within them every-so-often. Realistically, and Darco will tell you this, the NSCAA Convention really isn’t designed for me. Because of that I elected not to purchase the $80 a year membership, and furthermore chose not to pay the $200-$400 for admission passes [for one of us] for the yearly convention. I truthfully couldn’t bring myself to split with that kind of money for an event that frankly, didn’t pertain to me.

With that said, it comes to no surprise that our beloved friends from Sparks, Nevada sent us a text informing us of a evening meeting that was taking place in Philadelphia, and they weren’t 100% sure that any credential was required. Even through the painfully terrible roads of New Jersey and Pennsylvania, Darco and I headed over.

In the empty chasm of the convention hall [this is well after the day was wrapped up] we did stumble upon the grand room that held the get-together that we were aware of. I thought about charging the door, but the concept of security was frowned up. With Darco is tow we started towards the door and that’s when we heard it:

Sir, may I see some credentials?

Ugh…this ranked up there with only having $4.88 to pay at the toll booth [it is $5…in cash only]. I walked away towards the door, my wife next to me, and she pulled me aside and simply asked, “Now what?”

Stupidly, and I mean at stupid as humanly possible, all I wanted to do was cry.

I’m embarrassed, and I would really like to leave.

The only words of control that I could get out of my body, as it began to shake.

Was the admission too much? No, I could afford that, be in the convention, no problem.

You were not meant to fit in. I was afraid this would happen when we arrived. You’d be disappointed, but the fact is that you don’t think like other people do. You see this sport very differently versus’s many others, and that doesn’t make you popular, and it doesn’t make it easy. I’m sorry you’re embarrassed from tonight, but I’m glad we didn’t waste money on admission passes because it would be just that…a waste.

While getting lost, trying to find our way back to the hotel, I started thinking deeper on the topic, the day, the events, and a way to comfortably sum it up in its entirety.

I hope that I’ll always be an advocate for soccer. Personally, I think the “American” model is a ludicrous joke that focuses on wealth, and not necessarily passion; something it’s lost over the past ten years. My opinion of course. I don’t think I’ll ever want to wear a track suit, I don’t care how much stuff Adidas could throw at me. I can’t imagine sitting in lecture halls learning to coach, or let alone sitting in a lecture hall for any given amount of time. I want to be moving, thinking, talking, tinkering, and dreaming. I want to get lost in cyberspace, connect industries that don’t relate, and most importantly…have fun while doing it. While Darco is currently asleep [she’ll read this later], I’d much rather spend more time in Atlantic City then pushing business cards to random people. Harsh? I don’t believe so, it takes a unique person, like our head coach to be awesome in the soccer community. I am not that person, and I hope I’ll never be. I hope instead that I can spend more time on the beach, like today, picking up seashells, smiling, and just enjoying an overall exciting life.

Summed up; it’s about prioritizing. Introducing my best friend to the ocean trumps sitting in a lecture hall all day. Finding authentic cheese steak sandwiches in Philadelphia beats learning nutrition for athletes [not even my responsibility]. Please forgive me for saying this, but the truth is…I just can’t take it serious anymore. Anytime that I’ve wound up getting serious, frustrated, and other descriptions; I end up losing the concept on why I even got involved in all of this to begin with. It’s about being different. It’s about wearing a weird hat, a comfy hoodie, and some random shoes. It’s about unique business cards, Google+ oddities, and giving away random shirts to random people along our travels. It’s about a beer with friends, making fun of scarves, and at the end of the day not stepping onto the turf, but instead stepping onto the beach.

Guys, let’s be real, life is way too short to be so serious all of the time. When Saturday rolls around and for four whole hours I have to be serious…the likelihood is that it isn’t going to happen. From church to work to everything in between; I’m so sick and tired of everything having to be so serious. Darco couldn’t have cared if the world was on fire; she was just thrilled to have some seashells from the beach. She didn’t worry about the meeting on Saturday, she was busy running down a seagull near the pier. Believe it or not, you can get tasks accomplished without having to keep a straight face.

I get it, for some people soccer isn’t just a job or an opportunity; it’s life. For myself though, especially after some meetings earlier this week, it’s only a part of my life. The difference is that I don’t live soccer through my life, I live my life through soccer. 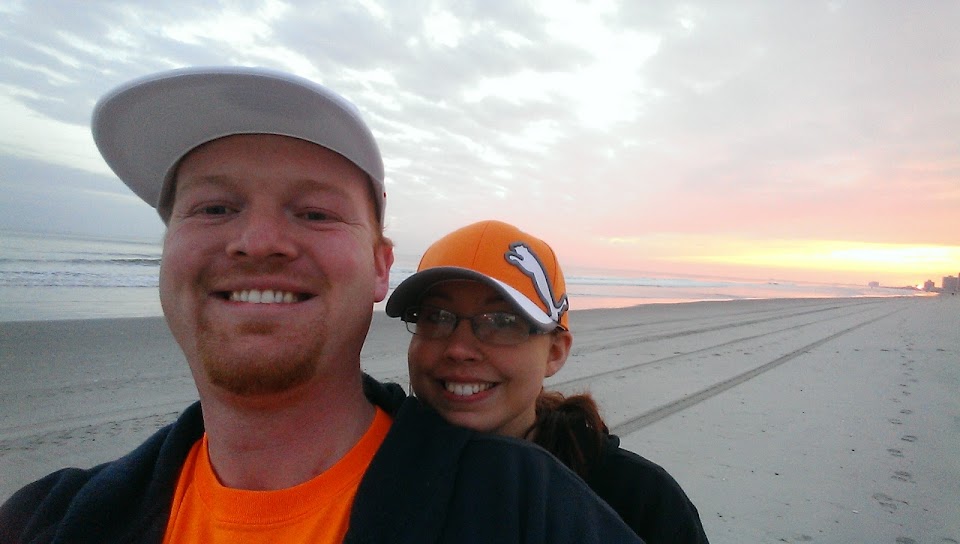