I’m going to mark my spot for being in the .01% of the United States population. I have a very strong dislike towards a recent trending topic (besides Hobby Lobby), and over the week I’ve been trying to figure out how I should address it, how I should write, and what I really dislike so much.

After eating two hard boiled eggs, a container of pineapples, and leftovers from dinner last night I think I know where to start.

There, the whopping five people that actually care about this post now know the truth. I dislike it, it’s upsetting, and it really makes me question any sanity that may be left in the world.

Originally, it was the standard of rant of sex sells, Hope Solo is standing naked water her flowers, and this have nothing to do with sports. The whole premise of the debate made me out to be some right winged nut job that holds to morals, and hates the idea of individuality and the “great ability of the human body”. I don’t know if all of that is true, but the labels stuck anyways. Much of this began with Sports Illustrated: Swimsuit Edition that featured Alex Morgan in body paint. After hearing women’s soccer wine about not being taken seriously, and then having featured players covered in paint…I realized that my concept, reality, and beliefs isolated me from the masses of the industry.

However, given a few years after the post about Ms. Morgan, and now being in world that does focus on the human body, pushing the limits, and wondering how far one can really go…I’ve learned that it isn’t some ‘glass ceiling’ garbage that has me riled up.

No, it’s because each issue that comes out, each year it’s highlighted, promoted, and flaunted frequently reminds me of the same reality that I’m faced with each living moment of my life.

The bitterness towards those magazine issues have little to do with the current cultural standings of the life around me (though I suppose it should), it’s internal. It’s having temptation in my face 24/7, it’s knowing my weaknesses, looking at my beautiful wife, and still knowing that mentally I’m going to struggle. It’s the reason I hate the summers on the track, and the number two reason why I run alone. I try to avoid visual contact with anything that’ll create any form of mental, emotional cravings for things that are of this world. I’m not a monk speaking on this; I’m saying this as a broken husband, a failed husband of one marriage, and as a guy who wants to not just say Christian, but actually live it. I can’t control Sports Illustrated, I can’t control ESPN, and when these articles go around each year I’m bitterly reminded that alone I can’t even control myself.

Perhaps I could go the route of noting how dependent on God my life must be, and these are my reminders. However, with each figurative and physical step I take, it wears on me. The flesh, the skin, the colors, the smiles, and image editing, the cultural acceptance…these are the moments where me, as an individual, feel completely alone.

Maybe again I’m just the .01% of the American population and I’m the only person who thinks along these ways. That could be it, but I know everyone struggles. Imagine quitting smoking, just to see your best friend always lighting up next to you. Perhaps that’s a strange comparison, but I can assure you a male being honest with himself would understand. I mean, is it alright to talk about struggles? Darco knows about my struggles and knows that I view life very visually, even last night I asked if I could just hold her just because I find her physically attractive? That’s alright to say, right?

Just like learning to run again, I hate being weak and out of shape. I hate struggling, and trust me I hate admitting to anyone that I struggle with anything (though I struggle with everything). For the record, I’d never have either of the magazines in question in possession as it appear to be no reason to have them to begin with (not to mention the internet spreads everything before paper gets out today anyways). 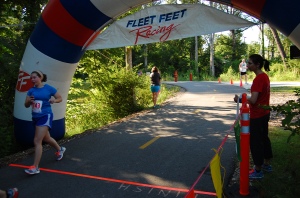 This is my athlete I enjoy watching.

Christian’s seem to whine and complain about how hard the world is, how cruel society is, how ‘the man’ is taking away religious rights, and the list could go on. I’d suggest something separate though, I think our struggles come from the internal battle of pleasure of the world versus Biblical acceptance. If the world isn’t focused on following God, but we are expected to, then why blame the world for their shortfalls when we know that’s going to happen in a fallen world? We should be harder on ourselves when we compromise to the worlds standards.

For me, that has to do with two random magazines. Something easily obtainable at gas stations, book stores, and snail mail (it still exists). The rest of the world may rightfully disregard this post as rubbish, goody-two-shoe…ish, or whatever. That’s understandable and kind of expected.

But for me…when I look at my wife, and I know what’s out there, what’s promoted, pushed, and publicized, I cannot bring myself to ever compare something of the world, something of print, not even realistically tangible to the woman that I hold so close to me each night. Maybe there’s a bit of a lesson learned from a divorce, or perhaps it’s just knowing that the real deal that truly pulls at your heart…there isn’t enough ink (or paint) that can cover that up.

One response to “XXXI: Body Issues”