I ran out of casual runners…

Today, a day early in my head, I ventured out into my first 5K race of the ’15 year. The course was flat, the air humid, and the sky cloudy. Really, the weather was perfect.

Darco and I entered a race that supported the school district that I work for. It was for a good cause, I was feeling good, and it was a year anniversary of when Darco and I ran our first race together.

My first mile was probably a bit too fast. I train for a mile, not miles (horrible excuse). Mile two, just like my long training runs, was awful. I felt myself falling back on my heels and closing my stride. It was frustrating, and it showed with a lousy 12 minute mile. The third was fast, my legs went numb about six hundred meters before the finish line, so I suppose it didn’t hurt…as much. This is the first race I’ve been in where I’ve ran out of “casual runners”. Everyone in front of me were cross country runners, coaches, or serious runners. Not a bad problem to have to start off 2015.

I clocked a 28:48 for a final time. This was approximately 16 minutes faster compared to year ago. Sadly, I didn’t hit the 25′ mark like I had hoped, but I also recognize that I don’t train for this event. With that said, an increase of long tempo runs would be wise, along with buckling down on core development (*sigh*). I can imagine seeing these as summer goals.

Thankfully, I can take this away as a token of optimism: 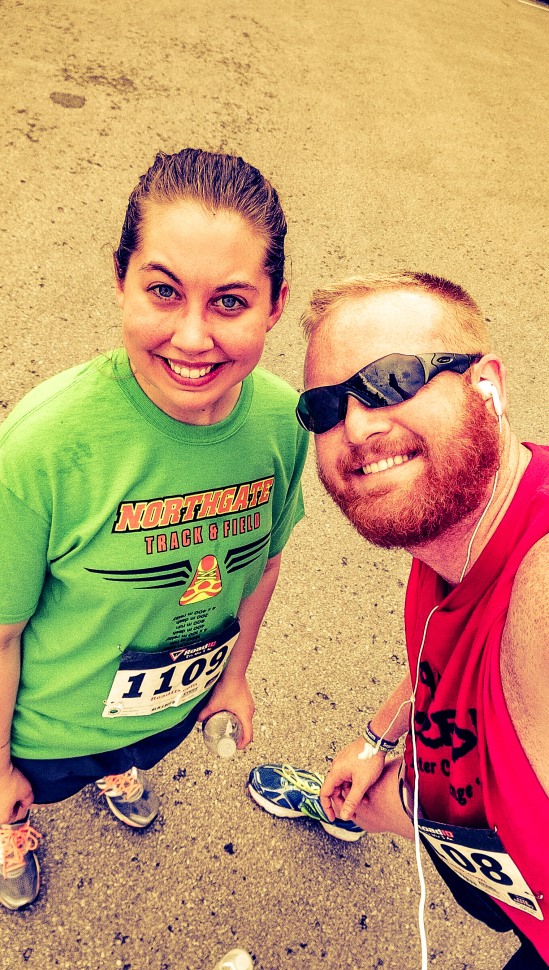