I can hear my wife sleeping. She’s been asleep for nearly three hours now. Six hours ago she arrived back into the United States from her first international mission trip. As you could imagine, she’s rather tired. I’ve checked on her a few times, but she’s just sprawled out on the bed, soaking up the air conditioning, and peacefully asleep.

Not too bad for four years of reliving life.

It dawned on me a few days ago that I had passed the yearly anniversary of the founding of FilingThePapers. As much as I hate cliches, life really does fly by when you’re having fun. I went ahead and popped back to this time in 2011. On this day; I had began the process of collecting my belongings down south and awaited my new life up here. Honestly, I could have never predicted the life that was waiting for me. I’ve made business, failed business, hired, and fired. I’ve had bills caught up, and I’ve ran the risk of having my electricity shut off. I was single, I was alone, and I was angry for so long.

I’ve grown. I’ve slowed down my temper, and held my tongue more often in most circumstances. I’ve traveled; from Washington, Dallas, Los Angeles, and even outside our borders into Guatemala. I’ve met people from every walk of life, and I’ve never stopped dreaming of the impossible. I still run; one of the few consistent pieces of the past that still is inline with my life.

I’m married, and in a few weeks I will have been married for two years. That’s a hard pill to swallow. It is hard to accept the reality that someone lives with me, loves me, and sticks with me even though I continually carry so much baggage.

Darco has grown. Far more compared to myself. I’ve watched her become this extraordinary woman who can handle the struggles of the world on her own shoulders, without asking for help. I’ve witnessed her become a Christian, a saint, someone who strives so hard to practice what they preach. It’s amazing to know that three years ago she was just a mouthy, scary, rough individual with some serious chips on her shoulders. Yet today, she came home exclaiming about God at work within the people that she was surrounded with this past week. I would never preach on the concept of being a Christian means a 180 degree turn from your previous life, if I hadn’t witnessed with Darco first. 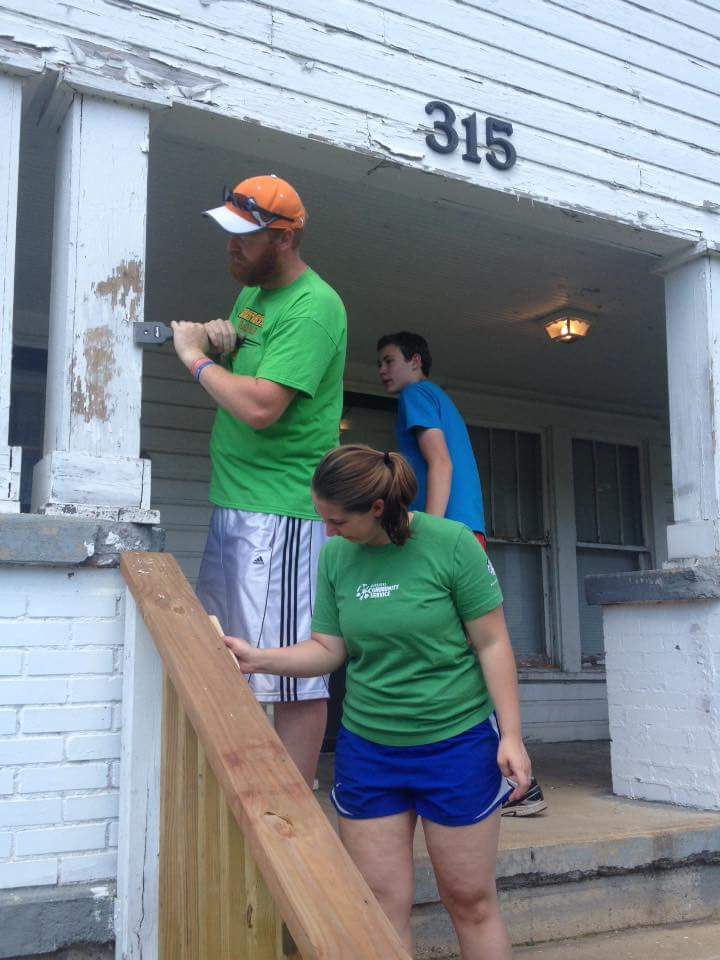 This is a pairing that I’ve grown to love.

We’re growing up. In the past year our job choices have settled down, produced fruit, and really have started to steer us in a specific direction. We work two miles apart from one another; during the same hours of the week. Darco continues to strive to produce amazing, blessed results at her coffee shop. I’m finally finding comfort being a teacher, and actually participating in something that I genuinely love and feel comfortable at doing. It’s not that we don’t dream about tomorrow, it’s just that we’re blessed in the present. Soon that’s going to equal moving day, and transitioning into the modern city to the south of where we currently live.

God’s still alive and in control. Even though our lives have ‘calmed down’ compared to a few years ago, God is still in control of the show. We’re making friends with family’s, we’re watching people interact with children, we’re even asking those questions. While I’m still a huge advocate for never conforming to this world, I don’t believe now that I shouldn’t live a life that isn’t content. Why reject such a peaceful truth? Sure, life isn’t perfect. Darco and I have so, so much to learn about each other and this world we live in. At least we know that we’re not doing it alone. Praise God that He’s happy when His children try, even if they fail in the process. Even though it isn’t perfect, that doesn’t mean it’s bad.

The truth is; I have a pretty nice life. I’m nearly free of drama, many scars from years past have began to heal, and in some ways the future looks rather nice.

Thank you. To every person who’s ever laid eyes on this site. I know it doesn’t always make sense, but even if you don’t realize it, you have no idea what it means to me to be able to share my life to this world.